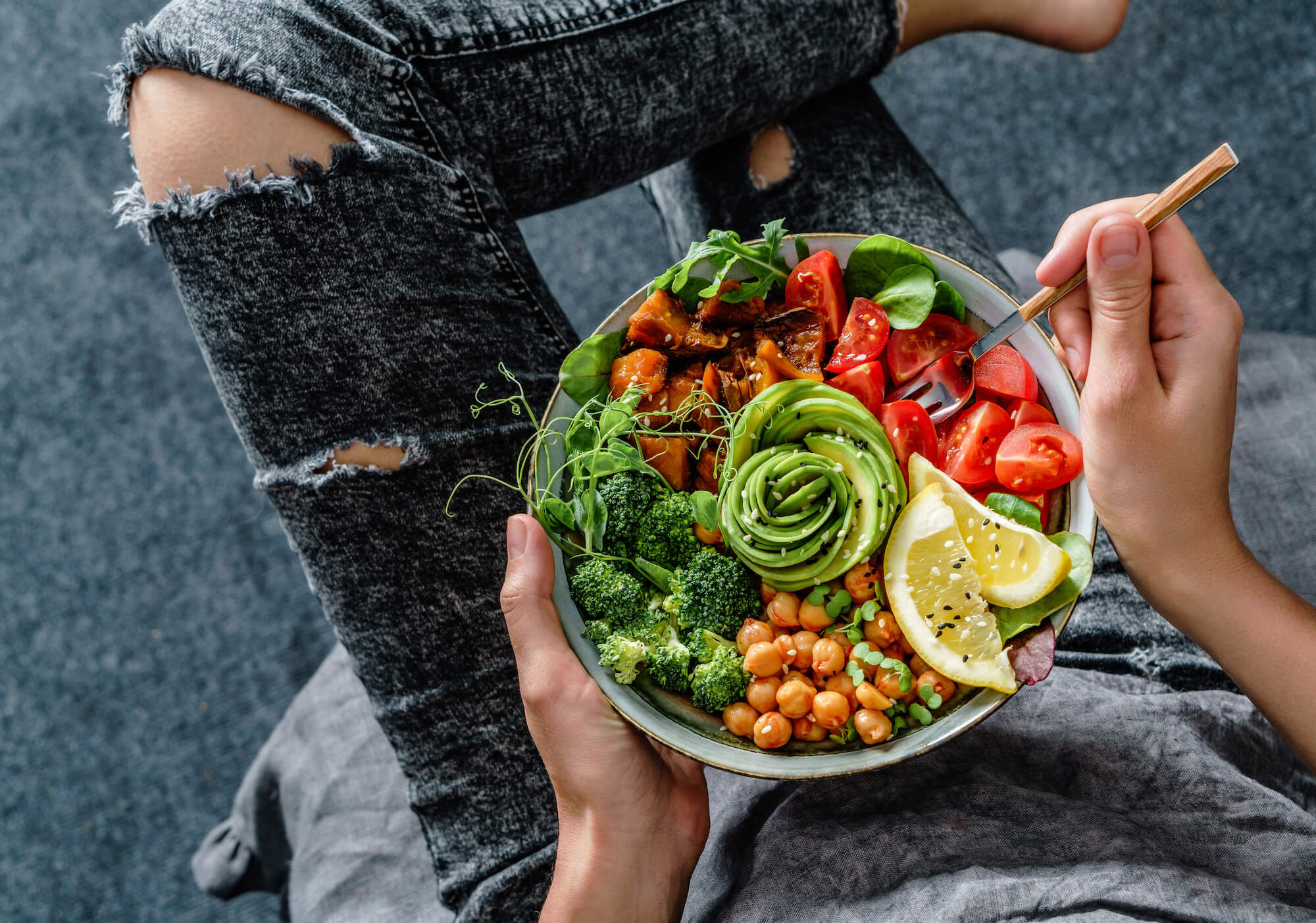 Plant-based diets such as veganism have become much more popular, and they have a host of health benefits associated with them. However, there are some minor risks as well in the form of vitamin deficiency. Common vegan dietary deficiencies—as well as their symptoms and some ways to resolve them—are discussed in more detail below.

Causes of Vitamin Deficiencies in Vegans

While vegan diets have been linked with various health benefits, it is common for vegans to have certain nutrient deficiencies. This is a risk anyone takes when cutting out entire food groups from their diet since it’s harder (and occasionally impossible) to get certain vitamins from plants alone. Without careful planning, vegans can find themselves lacking certain essential vitamins and minerals that are easier to get from animal products.

Vitamins and minerals such as A, B12, iron, and iodine are often harder for vegans to include in their diet. Omega-3 fatty acids may also be deficient. The most common vegan deficiencies and symptoms are described below.

Vitamin A helps with immunity, skin moisturization, and eyesight, and it’s primarily obtained from eggs, fish, and yogurt, none of which are part of the usual vegan diet. A deficiency in vitamin A may result in symptoms such as:

There is a simple solution for people on a vegan diet, however. Beta-carotene, which the body converts into vitamin A, is found in many fruits and vegetables, including carrots, leafy vegetables, and sweet potatoes, to name a few. Supplements can also help.

Vitamin B12 is found almost exclusively in animal products, making it harder to include in a vegan diet. It’s involved in developing red blood cells and maintaining neural function, so a deficiency may result in these symptoms:

There are also possible links to Alzheimer’s and heart disease. Fortunately, there are some good vegan sources of vitamin B12, including tempeh, shiitake mushrooms, and nori seaweed, which is actually one of the best viable sources of this vitamin for vegans.

Vegans have been found to be at risk for low iodine intake since it’s often found in animal proteins such as fish, dairy, eggs, chicken, and beef liver. However, there are plant sources available as well, including seaweed, prunes, cranberries, and potatoes. Iodized table salt is also a good source.

An iodine deficiency may result in these symptoms:

Iron is a major issue in vegan diets. Heme iron, which is the type found only in animal muscle tissue, is much better absorbed by the body than the non-heme iron that is found in plants, making it very easy for an iron deficiency to occur if there are no meat sources in your diet. In fact, along with vitamin B12, iron is one of the nutrients most likely to be lacking in plant-based diets, potentially resulting in these symptoms:

Increasing the amount of non-heme iron in your diet can make up for this deficiency, but it is less efficient. Supplementation can also help.

The body is capable of producing DHA from alpha-linoleic acid (ALA) found in chia seeds, flax seed, and walnuts, but the conversion rate is highly inefficient, making it very difficult for vegans to get sufficient quantities of omega-3s. Fortunately, certain types of algae can provide DHA, as can certain fish oil substitutes.

Fortunately, most of these deficiencies can be resolved with careful diet planning and supplementation. Probiotic supplements that include a variety of prebiotics and postbiotics, for instance, have been shown to contain many of these essential vitamins and minerals, including vitamins A, beta-carotene, B12, iron, and more.